Healing, Resilience and Preventing Extremism among war-affected children in Jordan and Lebanon 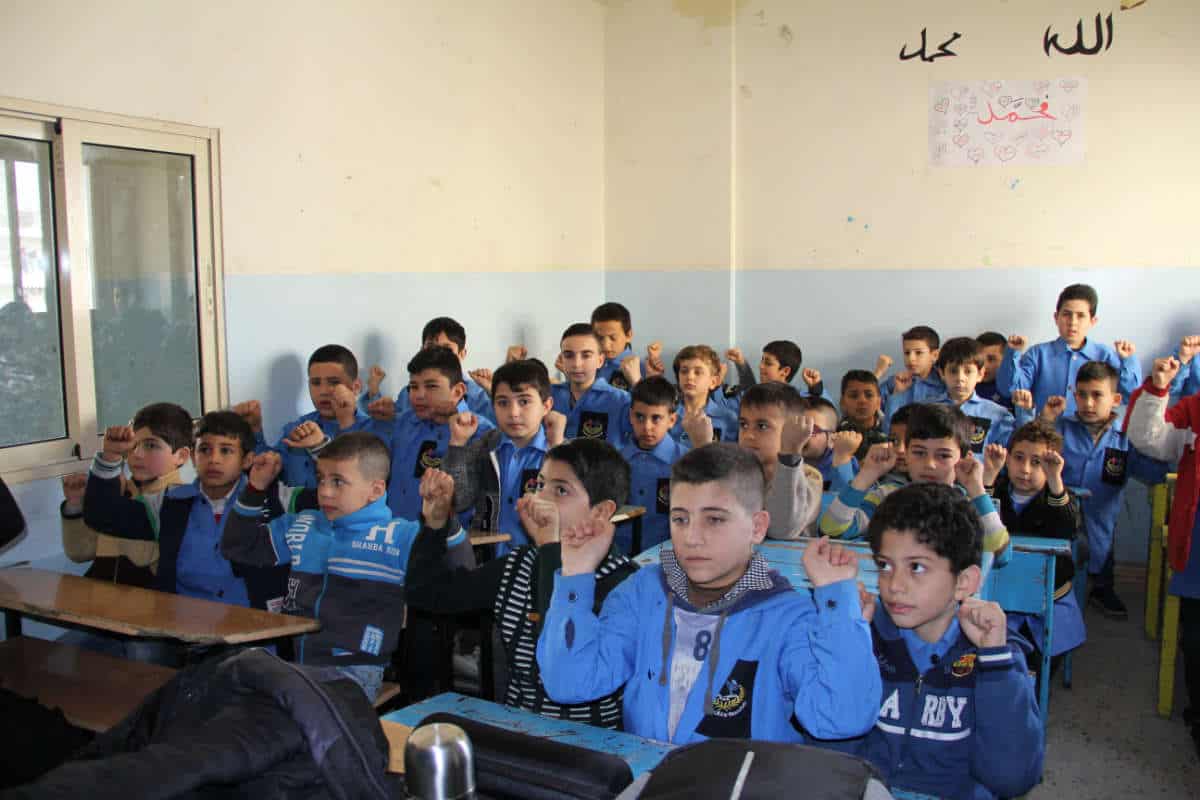 Lebanon’s Northern city of Tripoli, with its mixed history of peaceful coexistence as well as conflict, wars and extremism, has been chosen as area of implementation due to rising extremism among youth combined with relative neglect by decision makers. Urban poverty, social marginalization and unemployment are prevalent in Tripoli, due to low levels of education, high school drop-outs, lack of investment and services, high turnover of refugees and migrants, regional political instability, war, and the economic crisis that Lebanon as a whole is experiencing.

Prior to the war in Syria, 51% of Tripoli’s residents, especially in Bab al-Tabbaneh, the old city, Abi Samra and the market area, lived under the poverty line on less than $4/day (Arab Institute for Developing Cities, 2012). Tens of thousands (UNHCR counts 262.000 registered Syrian refugees in Tripoli / North Lebanon) of Syrian refugees have moved into these already vulnerable and impoverished neighbourhoods, exacerbating the existing lack of resources, social services and employment, impacting on social cohesion and increasing mutual resentment which could spark violence and inter-neighbourhood clashes. The focus of refugee assistance in Akkar and Bekaa, means the refugee population in Tripoli has been largely overlooked. The war in Syria and related pro- and anti- Syrian Government positions have exacerbated longstanding conflict between the mostly Alawite neighborhood of Jabal Mohsen and mostly Sunni Bab al-Tabbaneh, resulting in regular deadly clashes. Manifestations of intolerance and extremism have been on the rise.

Only 21% of displaced children and 55% of host community children go to school. Those out of school are mostly engaged in informal employment, child care, household and begging. Youth violence and unemployment was identified by both host and refugee communities as the second cause of social tension in the North Governorate of Tripoli (UNICEF/OCHA Community Vulnerability Assessment, 2015). Both refugee and Lebanese youth at risk, marginalized or disadvantaged, are increasingly drawn towards drugs, crime and militant Islam. The sense of marginalization, local and global injustice, grievances, HR violations, arrests and detention of family and peers and rising sectarian tensions, are driving youth into the arms of extremist groups, where their concerns are articulated, their voice seems heard and a path of action is proscribed. This project is an innovative and urgent initiative to start healing the children living in Tripoli and its suburbs and preventing and transforming radicalisation.

Background of the children 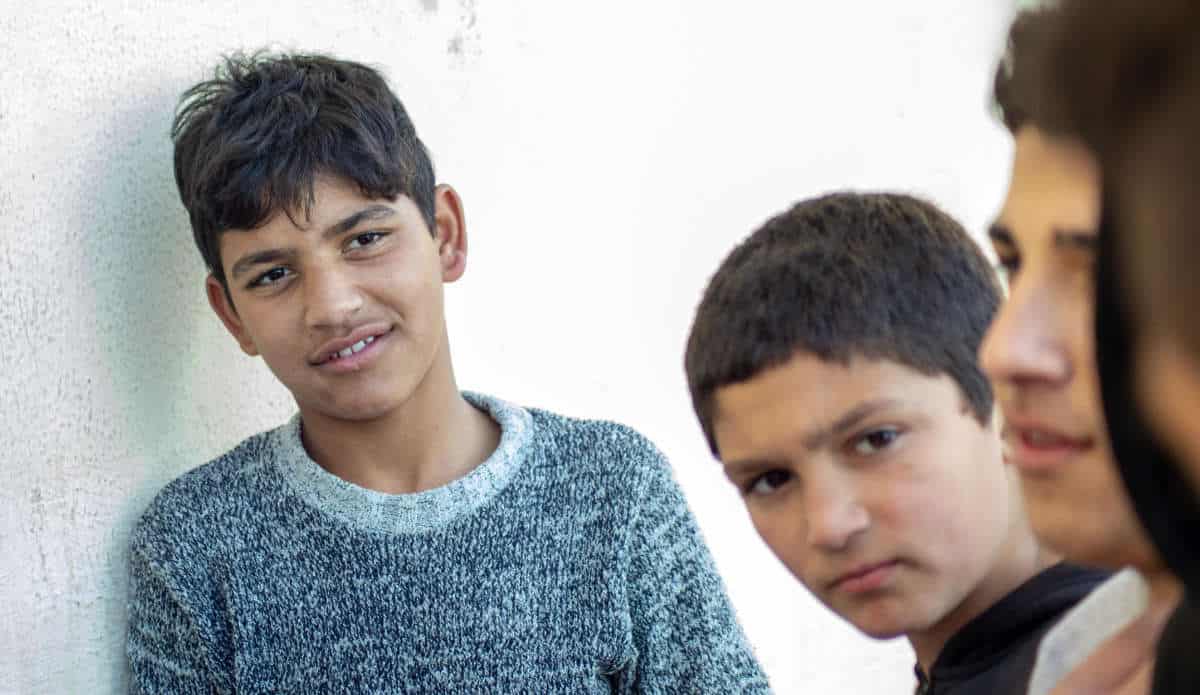 Background of the children

Through the SRR programs, IAHV in cooperation with Crossarts is reaching some of the most in need children in Tripoli:

Among the first project participants were Syrian refugees, coming from Aleppo and residing in Abu Samra and Beddawi now. These families, and especially women and children, suffer from economic and social hardship. Though many of them were also poor in Syria, they were living in much better conditions there. While they would have their own house in Syria, they now share a depot with a role up metal door or a small apartment with more than 3 families. Often the main provider of the family has been imprisoned, injured or killed, or is accepting just any job so that the family can survive. Though they may have a good educational background, they now need to be content with a blue-collar job in Lebanon. Due to poverty, also some of the children work at the age of 12. Despite this situation, most of the families encourage their children go to school. Some of the girls have been subjected to early marriage.

At the request of the management of the shelter in Deddeh following the first impactful THRH trainings organised in 2017, IAHV has provided THRH trainings to all the 69 children living in the shelter. These children are extremely vulnerable, traumatised and at risk. They are generally coming from very poor backgrounds with big families (some have 12 brothers and sisters). Some children are totally abandoned by their families, many of them have been physically abused by family members or exposed to other kinds of violence and abuse, including sexual. Before coming to the shelter, most of them dropped out of school and worked at a very early age. In general, the children lack trust and love, and have tendencies of paranoia that everyone is conspiring against them to keep them away from their families. They display strong tendencies of aggression and isolation. The strict and sometimes harsh treatment of adults inhibits the children to open up to their supervisors or teachers, but after the training many children were able to open up a bit more. The testimonies of the children and the staff speak about the strong impact of THRH on their wellbeing and behaviour.

I worked with other organizations with bigger budgets and more staff, but we achieved less.

Donate to this project

Help us by supporting this project with much-needed funds.

There are many ways you can work with us - we are looking for people to help.

Co-funded by the European Union

Implemented by Crossarts and IAHV

We welcome like-minded organisations to partner with us in an integrated approach so that our complementary efforts can work in a synergetic way to maximize our impact for a long lasting and self-sustaining peace.

We aim to lay a strong psycho-social foundation on which other organisations can successfully implement their peacebuilding and development programs.

If you or your organization want to learn more about our approach and projects or are interested to become a partner, feel free to fill out the form below:

Please fill out the form below and we will get in touch with you as soon as we can.
Scroll to Top
This website uses cookies to improve your experience. We'll assume you're ok with this, but you can opt-out if you wish.
SettingsAccept
Privacy & Cookies Policy

This website uses cookies to improve your experience while you navigate through the website. Out of these cookies, the cookies that are categorized as necessary are stored on your browser as they are essential for the working of basic functionalities of the website. We also use third-party cookies that help us analyze and understand how you use this website. These cookies will be stored in your browser only with your consent. You also have the option to opt-out of these cookies. But opting out of some of these cookies may have an effect on your browsing experience.
Necessary Always Enabled
Necessary cookies are absolutely essential for the website to function properly. These cookies ensure basic functionalities and security features of the website, anonymously.
Advertisement
Advertisement cookies are used to provide visitors with relevant ads and marketing campaigns. These cookies track visitors across websites and collect information to provide customized ads.
Analytics
Analytical cookies are used to understand how visitors interact with the website. These cookies help provide information on metrics the number of visitors, bounce rate, traffic source, etc.
Functional
Functional cookies help to perform certain functionalities like sharing the content of the website on social media platforms, collect feedbacks, and other third-party features.
Save & Accept
Powered by